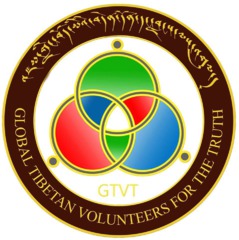 This is a heartfelt message to all dear brothers and sisters of Tibet in general and venerable abbots, Tulkus and Geshes from all sects. Leaders of various institutions and communities,  non-government organizations. Researchers and specialist from myriad fields in particular.

Despite the reality, a small section of misinformed foreigners are deluded by a handful of malcontent and ignorant Tibetans who worship the Spirit called Dolgyal and are known as the infamous Shugden Group. They have been making baseless allegations against His Holiness the Dalai Lama. He is the sole guidance and the aspiration of the Tibetan people. Wherever he goes and whichever foreign country he visits, His Holiness the Dalai Lama promotes human values, universal responsibility and communal harmony. The Shungden Party constantly stages open protests and makes unfounded allegations which has caused disturbances and sadness among Tibetans and Buddhist followers.

Paramount importance of His Holiness is recognized by the Charter of Tibet as the one and only mass Tibetan leader who is loved and respected by vast majority of Tibetan people and followed for his flawless leadership throughout the most difficult phase of Tibetan history, who is looked upon as a source of guidance through ups and downs in modern Tibetan history and who is cherished deeply more dear than their own life force, sight and heart. The unbecoming and disgusting act of open confrontation by the Evil Spirit worshippers have been a cause of disunity in the Tibetan community and clearly harmful to the struggle of Tibetan freedom.

The Intelligence agency of the USA and India have warned the Shugden Party for being a real threat to the life and security of His Holiness. This is most concerned and worrisome to all Tibetans, Buddhists and peace loving people. Also, these negative developments vividly are barriers to Tibetan unity, harmony and interest. It is a common knowledge that Tibetan people inside Tibet including over 130 self immolated monks, nuns, young and old men, women and even minor have sacrificed their precious lives for preservation and promotion of Tibetan religion, culture and the safe return of His Holiness to Tibet.

Tibetan people-in-exile living in different parts of the world still draw comfort and strength from the timeless guidance and messages of His Holiness. He is the sole mass leader who is a spokesperson of Tibetans and icon of praise for Tibetan values and principles. Tibetan people have unshakable faith and belief, loyalty and love, trust and confidence in him.

However, worshippers of the Evil Spirit not only ignore the flawless guidance of His Holiness the Dalai Lama, but they also deliberately cause great disservice to the Tibetan spiritual tradition, history, religious faith, aspiration, and confidence of Tibetans both outside and inside Tibet by indulging in baseless allegation, defamatory criticism against the holy persona of His Holiness. Through this appeal letter we strongly condemn every evil act of Shungden followers. We also, call upon all the concerned individuals and organizations to face the challenges in the security and safety of His Holiness the Dalai Lama. We must be aware and take the appropriate countermeasure against every evil campaign of the Shungden Party.

Not only have they committed cold blooded murders of three fully ordained innocent Tibetan Buddhist monks in the past, but in the present moment they too are indulging in all kinds of negative activities and hate campaign. Therefore, we should resist their negative influence. His Holiness the Dalai Lama has illustrated a number of historical incidents in which the worshipping of the Evil Spirit caused the hostility, conflict and disharmony among the different philosophical sects of Tibetan Buddhist tradition of Sakya, Gelug, Nyingma and Kagyu.

His Holiness always expresses the three priority visions. One is to work for the unity and harmony of different religions in general and to build understanding among different sects in Tibetan Buddhism. It is clear that following the Spirit and worshipping has been a harmful cause towards this goal. A fake Lama once called Nga Lama was neither recognized by any authoritative popular Lama nor authenticated by any standard Dharma Protector. But, he claimed himself to the reincarnation of Kundeling and was supported by some self serving coterie like Chemi Tsering. They have, in the alleged name of freedom of religion practiced Spirit worship, established a so called Party to Protect Humans and Spirit that functions to serve the Communist Chinese regime to spread baseless allegations, falsehood and political propaganda.

Kalsang Gyatso was a self-styled monk and a fake Geshe. He was the first and the foremost man in monk’s robe who established the fundamentalist sectarian religious centre in England that spearheaded hate campaigns against the Exile-Government of Tibet and His Holiness the Dalai Lama. Agents of Shungden Party lodged baseless complaint against the persona of His Holiness in a court of law, murdered Tibetan scholar Geshe Lobsang Gyatso and his two disciples in the vicinity of the holy Buddhist main shrine in Dharamsala in 1997. Their action inflicted wounds on the religious sentiment of Tibetan people and tarnished the good image of Buddhism. Due to all these excesses His Holiness the Dalai Lama has apprized the ills of the Evil Spirit.

The substances of the propaganda war constantly waged by Shungden Party are: 1. Tibetan people in Tibet are happy under repressive Communist Chinese rule. 2. Democratically elected legitimate Tibetan Government in-Exile is authoritarian in nature and 3. They drag the matter in a court against His Holiness the Dalai Lama for allegedly denying them freedom to worship the Spirit. These are baseless allegations. His Holiness has never banned the worship the Evil Spirit. He has simply explained the ills of Evil Spirit. It is crystal clear that they are acting as a spokesperson of totalitarian regime of Chinese Communist Party. It is quite obvious that their nefarious communal design is aimed at an all out attempt to destroy the strength of Tibetan unity, harmony and the just Tibetan national freedom struggle.

Tibetans inside Tibet face unprecedented hardship like arrest, imprisonment and torture. Even the keeping the holy portrait of His Holiness is considered unlawful by Communist Chinese Party. Ironically, Spirit worshippers of Shungden Party members disregard Tibetan people’s religious sentiment and inflict grave wound on their psyche by denigrating His Holiness in public through blasphemous displays of various derogatory cut outs of image of His Holiness.

All the inhuman acts and flagrant violations cannot be dared to be ignored and be indifferent to this disgusting, condemnable and shocking misbehavior and criminal misconduct. Any True Tibetan can ever dare to take lightly the disrespect and slightest misdemeanor and real threat posed to safety and security of His Holiness the Dalai Lama of Tibet. Thus we must challenge every harmful activity and evil campaign that is cooked by the Shungden Party.

Every Tibetan must have a clear understanding of the issue which impacts the temporary and long term Tibetan cause and Tibetan interests. We must unite with collective preventive countermeasures against those handful western Shungden followers, who are motivated by narrow selfishness, abject ignorance of the handful Tibetan. This self proclaimed minority of western members’ -the Shungden Spirit worshippers- are blindly following like sheep into abyss of self-inflicted suffering and self-destruction by undermining the rich and unique Tibetan history, tradition, feelings and sacred and loving bond between teacher and disciples. Their negative activities of hate campaign is detrimental to public amity and security. It should therefore be banned by their respective governments to preserve public order, peace and amity.

We strongly appeal to all fellow Tibetan brothers and sisters, loyal followers of His Holiness the Dalai Lama, well-informed Tibet supporters, and peace loving people to kindly disseminate this appeal letter in response to the expression of the unanimous will of loyal and patriotic Tibetans in all walks of life living in both occupied Tibet and in the Diaspora. 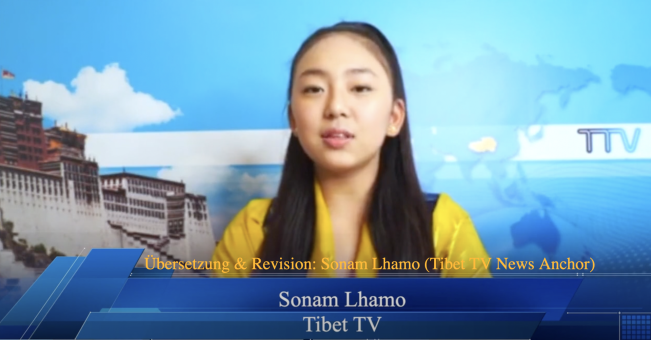 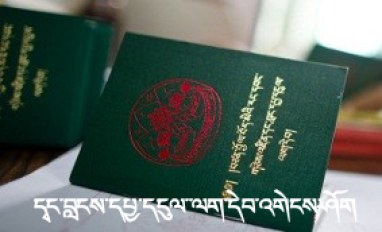 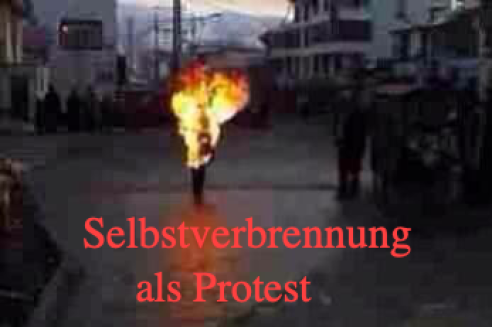